What Are the 8 Limbs of Yoga?

Yoga has become widely practiced in the United States with growth to more than 20 million people since 2002. According to the U.S. News & World Report in 2015, yoga practice showed more growth than any other natural health therapy. You may be familiar with yoga poses, or asanas, and maybe even yoga breathing techniques, pranayama, but did you know that yoga was intended to be an entire lifestyle and way of living? And did you also know that the yoga asanas that you practice in class were not even a part of what the originator intended?

The birth of yoga originally comes from the Vedas (ancient Hindu scriptures), which dates back between 4,000 to 5,000 years. Vedic knowledge was passed down from teacher to student through perfect memorization in the way of verses and poems. But it wasn’t until the second century B.C. that a sage named Patanjali outlined what is known today as the Eight Limbs of Yoga.

The word “yoga” comes from the Sanskrit word yuj, which can be translated into “yoking” or “union.” When a yoga teacher in training learns the essence of this word, it is often taught that in yoga we are celebrating the union of our mind, body, soul, and spirit. What is often omitted is the reason why it’s in our interest to make this happen. To get this reason, we must go back even further.

According to Vedanta, everything started with purusha, which is pure being. You can also refer to purusha as divine essence, state of perfection, or infinite love. Within purusha, there is no suffering because there is nothing material and thus, no dichotomy. When purusha creates, that creation becomes known as prakruti. Everything we know and understand is prakruti. However, being a part of prakruti, we then forget that our essence is purusha. The process of “remembering” is found through chitta, which is the evolution of consciousness. Therefore, if we gather all the pieces of ourselves—mind, body, soul, spirit, emotions—we are more inclined to remember that we come from pure awareness.

Because we are prakruti, we suffer. Our desires, needs, expectations, and forgetfulness all cause us to suffer. Yogis throughout time have pondered the question as to how we can transcend human suffering. Patanjali is no different. He created the Eight Limbs of Yoga as a template to help us transcend the confines of our ego and to reach self-realization.

The Sutras of Patanjali

The word sutra means “to thread or weave” just as the English word suture means “to stitch together.” The Sutras (or writings) of Patanjali are divided into four sections or padas. The practice of yoga comes from section two called the Sadhana Pada. Ashtanga means “eight” and refers to Patanjali’s eight limbs or branches of yoga. Each branch, when practiced, is designed to help the practitioner live a more disciplined life with the goal of alleviating suffering.

Patanjali’s goal for us is that through these practices, we can still the mind and merge into oneness with the divine. When we awaken to divine essence, we are able to live fully from a place of authenticity. We are able to discern who we really are and what our purpose is. We don’t have to look to the exterior to determine right from wrong, all the answers are found within.

An Overview of the Eight Limbs of Yoga

Here’s a brief overview of each of the eight limbs:

The practice of the Eight Limbs of Yoga is referred to as practicing raja yoga, or the Royal Path, named to distinguish the practice from hatha yoga, which came later. Raja yoga creates stillness and contemplation as the path unfolds throughout the eight limbs which then folds back to the first couple of verses in the sutras, from prakruti back to purusha:

“Yoga is stilling the fluctuations of the mind. Then one abides in their own true nature.” 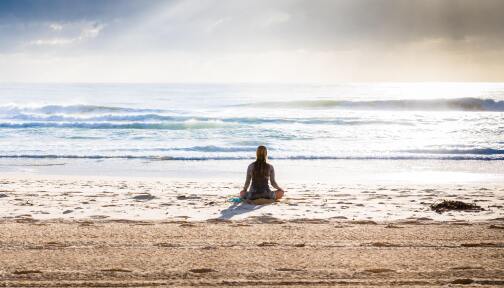 Asana Flow Inspired by Water to Bring On Transformation Breathwork for Balance: How Pranayama Cultivates a Clear, Calm Mind 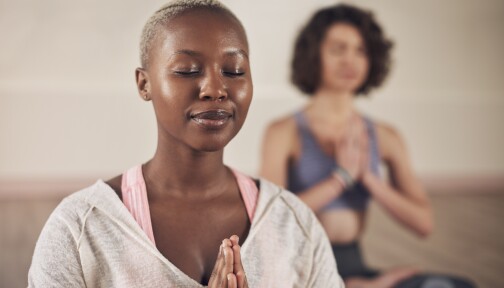 A Renewal of Purpose, A Reigniting of the Soul