Unraveling the Secrets of Umami

In Japanese, the word umai means delicious. Umami, the most recently identified taste, has only been on the scene for the last 100 years. It provides the element of savory, which had not previously been described by the four Western-medicine defined tastes of sweet, salty, bitter, and sour; they were identified by research using taste buds. (Ayurveda, on the other hand, has identified six tastes or Rasas: sweet, sour, salty, bitter, pungent, and astringent; they were identified based on physical experience.)

Umami is hard to describe, though it is associated with the unique, lingering flavor found in hearty, traditional dishes cooked with meats and broths. The flavor, different from salty, can stimulate your appetite as well as leave you feeling satisfied after your meal.

The unique flavor profile of umami is thought to be due to glutamate, which is created by a conversion of glutamine, which is the most abundant neurotransmitter in the brain. It serves an important role in health, though like anything, too much of a good thing can become harmful in unbalanced amounts. Therefore, when it comes to achieving umami flavor through glutamate, the name of the game is to eat just enough, but not too much.

Glutamate is a neurotransmitter with various roles in the body. Apart from providing satisfaction and feelings of wellness following a meal, glutamate also has been found to:

While more research is needed, glutamate receptors are also found on immune cells and regulatory T-cells, suggesting a role of glutamate in the immune system, and also neurological disease prevention.

Glutamate crystals can be isolated from their food sources, concentrated, and re-added to foods in high amounts. These isolated crystals take the form of monosodium glutamate, or MSG.

MSG can be found in foods under various names, including:

As a food additive in general, the safety of MSG has been questioned. MSG is not bound to a food source, and therefore can be added in unnaturally high amounts. As with any food additive, MSG also typically contains contaminants that are added during the manufacturing process, the effects of which are unknown.

Many individuals report negative side effects from MSG, including dizziness, headache, facial pressure or flushing, and chest pain. Though placebo-controlled studies have not found consistent evidence to support a strong association between MSG and these symptoms, it is possible that some people may be more susceptible to MSG than others.

Some research, however, supports an array of associations between MSG and chronic disease. These investigated links, which for the most part have only been studied in animals, include:

While glutamate at one time merely led our bodies toward high-protein food sources, today it also plays in important role in providing satisfaction following eating. Glutamate in food, or bound glutamate, is present alongside other food components, including fiber and various nutrients. This whole package of nutrients naturally occurring in foods enables the glutamate to be absorbed slowly, and in quantities our bodies are built to metabolize.

Food sources of glutamate include:

When it comes to umami, the conclusion is somewhat unsurprising: while occasional MSG consumption will likely have no lasting health consequences and increase flavor, repeated consumption may lead to imbalance in the body.

However, by preparing your meals with real foods, you can maximize the benefits of umami in a sustainable way.

The following are five ways to enjoy umami the natural way:

Freshly shaved Parmesan is high in glutamate, and can add a salty, deep flavor as a grated topping to many dishes. Hard Parmesan rinds may also be boiled in soups, then removed prior to serving, for extra flavor.

2. Stock your pantry with tomato paste.

Tomatoes are high in umami, and their paste provides a concentrated and hearty tomato flavor. Tomato paste is a great addition to soups, stews, and even gravy. A little goes a long way.

If fresh or canned anchovies aren’t for you, try anchovy paste. Small amounts of anchovy paste pair well with tomatoes or tomato paste in pasta sauces, and are common in salad dressings. Worcestershire sauce also contains anchovies, and serves as a great meat or seafood marinade.

Mushrooms are full of umami—especially dried. Dried mushrooms can be added to soups, or slice fresh mushrooms and mix into pasta or stir-fry dishes.

Kombu, a type of seaweed, is typically purchased dried. A few pieces of kombu may be boiled in the fish or chicken broth base of soup to add an earthy, fish-like flavor that is high in umami.

By eating foods that contain glutamate as part of a healthy diet, you will benefit from the satiety and healthy digestion that a holistic meal imparts while promoting balance in all of your body’s systems. 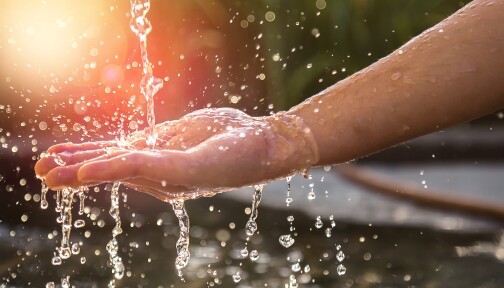 Pitta Balancing Beverages to Help You Feel Cool and Refreshed 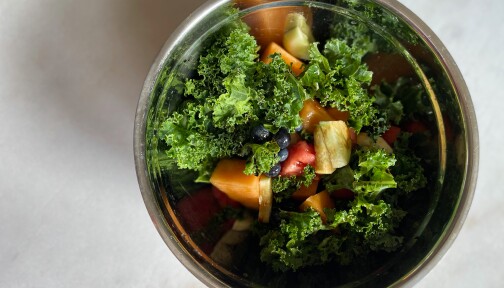 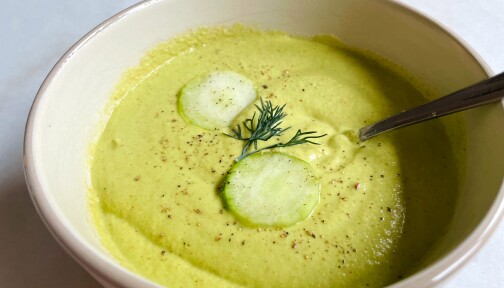