The Essence of Yoga: Why Asana Is Only a Small Part of the Equation

As a yoga practitioner, you are part of an ancient tradition that dates back at least 5,000 years and has produced great spiritual and philosophical geniuses who have provided answers to some of life’s biggest questions. Questions such as, “Who am I?” “Where did I come from?” “Where will I go after this?” and “What should I do while I’m here?”

The understanding that yoga is in fact a complete science is often taken for granted in a world that focuses mainly on the physical postures and how to master them. If we travel into yoga’s past, perhaps we can remember what this ancient technology was originally designed for—the integration of the mind, body, and soul with the Divine.

Classical yoga connects back to Raja yoga and Patanjali, the teacher of the eightfold path. The foundations of yoga’s philosophy were written down in Patanjali’s Yoga Sutras in approximately 200 AD. This ancient yet practical text describes the inner workings of the mind and provides a blueprint for controlling its restlessness so as to enjoy lasting peace.

Upon practicing all eight limbs of the path it becomes evident that no one element is elevated over another in a hierarchical order. Each is part of a holistic focus that together brings completeness to individuals as they find their connectivity to the Divine. Because we are all uniquely individual, a person can emphasize one branch and then move on to another as they round out their understanding. In brief, the eight limbs of yoga are as follows:

5. Pratyahara: Control of the senses (Savasana)

7. Dhyana: Devotion and meditation on the Divine

8. Samadhi: Union with the Divine

Several hundred years later, Patanjali was followed by another icon of yoga named Adi Shankara. His work elaborated on ideas found in the Upanishads, ancient spiritual texts from India, and his Crest-Jewel of Discrimination became a classic Vedantic text on non-duality, or oneness. Shankara elaborated 10 Shlokas, or verses, that describe the omnipresence of spirit, paraphrased as follows:

1. The true self is changeless and persists forever

2. The true self is above castes and creeds

3. The true self is the eternal witness

4. All teachings of various religions and philosophies are shallow in comparison to the true self

5. The true self pervades the whole universe

6. The true self is colorless and formless

7. The true self is the absolute knower

8. The true self is above consciousness

9. The true self pervades everything

10. The true self is neither connected nor separate

Looking Back to Look Forward

In the words of Pierre Teilhard de Chardin, “we are not human beings having a spiritual experience, we are spiritual beings having a human experience.” To the ancients, yoga was a complete system and asana was a small yet useful part of the whole. The entire goal of the system was to connect inward to the timeless, limitless nature of the spirit or the ‘true self’. Those ancient yogis didn’t confuse the tools with the goals.

The modern day view of yoga has lost sight of the system. Many people believe that yoga is a set of physical postures only. The whole and part have been reversed and the meaning or goal has been lost. The misunderstanding that yoga and asana are one and the same is the common cultural myth of our times. Looking back may be the way to move forward.

In spite of the immense popularity of postural yoga worldwide, there is an opportunity here to uphold yoga’s original integrity. Still on board? Keep reading. 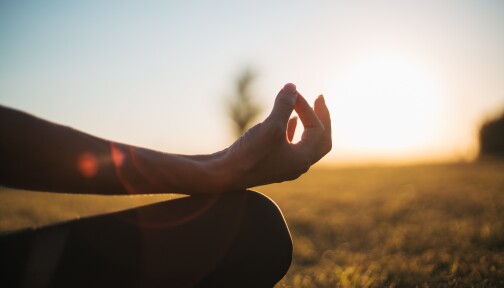 A Yoga Practice to Increase Creativity A Yoga Practice to Boost Your Energy