How to Make Your Resolutions Habits

As if deciding what to resolve isn’t enough of a challenge, you are also tasked with making a plan to help you keep your New Year’s resolutions. It’s no wonder why so many people give up by mid-January!

Need a little help? Don’t go it alone—take these tips from the gurus of habit formation to help you make your resolution stick for the whole year (and beyond).

Habit formation is the process by which new behaviors become automatic. Behavioral patterns that you repeat frequently form strong neural pathways. Think back to when you first learned to drive a car; when you began, you had to focus attentively to each part of the process: the pedals, the mirrors, how far to turn the steering wheels, and how close you were to traffic around you. After some time, you became able to drive without needing to focus your attention—driving became a habit.

The good news: Through repetition, it's possible to form and maintain new habits in much the same way driving a car becomes habituated. Habit expert Charles Duhigg explains that habits cannot be eradicated but instead they need to be replaced with new habits. His method is to use a cue-routine-reward. Every action you have follows this pattern. Traditional wisdom describes this as the circle of karma (action), samskara (memory), and vasana (desire).

Here’s an example. Eating fresh-baked cookies creates a memory for me. It’s sweet and comforting, and perhaps it reminds me of childhood. When I feel out of sorts or miss my family, I remember that I can get this from cookies. The desire for some cookies acts as temporary relief from stress or fatigue, so I choose the action of eating cookies again. In order to successfully kick the cookie habit, it could be replaced by a quick phone call to mom.

How can you shake up your patterns and insert a different routine or action?

Learn What Type of Habit Formation Works Best for Your Resolution

Once you have noticed your pattern or decided on a new habit to form, you need to make a plan that will work consistently until that new routine becomes a habit. Some people edge their way into a resolution where others jump in fully from day one. Neither method is better but by matching a method with your goal, you will help yourself stick to it. Try these methods:

Consider What Type of Habit Former You Are

Gretchen Rubin, an author who studied habit formation extensively prior to launching her book, Better Than Before, has divided habit formation personalities into four types (or tendencies as she calls them). (Take her quiz to learn yours.)

Focus on What You Want

Finally, make sure your resolution is moving you toward something you want and not away from something you don’t want. Although these two are very similar, most people are more successful at getting something than they are at giving something up.

According to neuroscientist and mindset coach Shonté Jovan Taylor, “negative habits must be replaced by desirable habits for them to lose their power over your mind. Thus, negative mental pathways are no longer fueled and begin to lose their neural connections.” Phrase your resolution using language that uses positive words. Instead of saying, “Stop wasting time on social media” try saying, “Enjoy social media for 5 minutes three times a day.” Taylor also says that “strong emotions help to establish mental habits quickly and strongly because habit formation and the emotional circuitries are highly linked.” Knowing that your emotional state affects your success at keeping your resolution will remind you to stay positive, to celebrate the little milestones along the way, and to keep a resilient mindset.

Detox and destress to start your year off on the right foot. Join us for our 6-day Perfect Health program at the world-renowned Omni La Costa Resort and Spa. Click here to learn more. 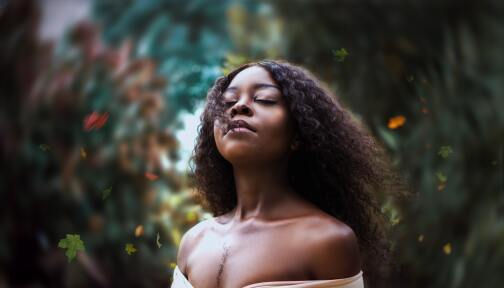 Overcoming the 8 Obstacles to Mindfulness 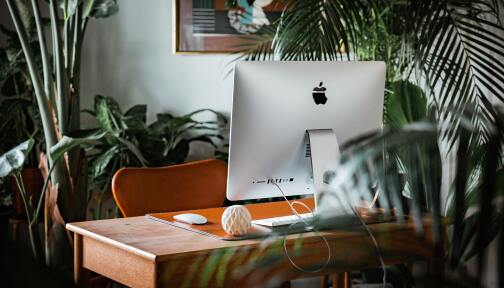 5 Ways to Cultivate Peace at Your Desk