How to Improve Your Mood with a Healthy Gut

Your mood can be affected by a variety of factors, including thought patterns, chemical imbalances, and sleep quality. But what about your gut? While you may not think of your gut as a vital contributor to how you feel, research is increasingly suggesting that perhaps you should.

One theory gaining traction in the medical community is that your gut can function as a “second brain.” Since 2013, the US National Institute of Mental Health has funded several studies to better understand how the gut microbiome (made up of bacteria, fungi, viruses) influences your thoughts and feelings.

The gut is home to at least 100 trillion microbes, which aid in digestion and metabolism, produce vitamins, and ward off infection. In addition to maintaining your gut health, these microbes also produce neurochemicals that can influence your brain function and change your mood.

According to a 2012 article published by the American Psychological Association, gut bacteria manufacture 95 percent of your body’s supply of serotonin, an important neurochemical that can affect mood, digestion, and sleep. Researchers discovered that brain chemistry can be altered by manipulating the balance of beneficial and harmful bacteria found in the gut.

In a study conducted by researchers at McMaster University in 2013, bacteria from “fearless” mice were transplanted into “anxious” mice, causing them to exhibit less anxious behavior. This worked in the other direction as well – the fearless mice exhibited traits of anxious mice when given their microbes. The researchers found these behavior patterns to be a result of changes in brain chemicals that influence emotion and mood.

In addition to altering mood, bacteria in the gut may also play a role in the presence of autism and mood disorders such as anxiety and depression. It’s also not surprising that those suffering with irritable bowel syndrome (IBS), which has been linked to an overgrowth of gut bacteria, might feel depressed or anxious as a result of having IBS.

Perhaps unsurprisingly, communication between the gut and the brain appears to be bidirectional. Not only does the gut send signals to the brain, but your neurotransmitters send signals to the gut, explaining why you get “butterflies” in your stomach when you’re nervous or why you feel queasy under extreme stress.

It’s well known that stress can influence mood, and that may be partly due to the role stress plays in gut function. According to an article published in Harvard Health Publications, psychosocial factors such as stress can directly influence your gut’s physiology, affecting the balance of bacteria and thereby impacting your immune system and mood. If you want the gut and brain working together in favor of more positive emotions (in addition to overall health), it’s vital that you keep your stress levels in check.

Fortunately, lifestyle changes can be made to help bring gut bacteria closer to equilibrium, in turn influencing your emotional health. Following these five tips may help restore your gut health:

Probiotics are live bacteria that live in the gut. Often referred to as “good” bacteria, probiotics can improve digestion function, strengthen the immune system, and boost mood. In a 2011 study conducted in the Netherlands, participants who took a probiotic every day for 40 days reported thinking fewer negative thoughts and feeling less sad than participants who took a placebo.

A probiotic supplement can be taken to reduce “bad” bacteria and regain balance in the gut. Probiotics can also be found in foods such as:

Whole foods not only provide nourishment to the body, but they can also help maintain a healthy balance of bacteria in the gut. Try replacing processed foods with foods that benefit the gut, such as:

Stress plays a big role in gut health as it has the power to actually change the gut balance of bacteria, according to research published in Brain, Behavior and Immunity. Reduce your body’s stress levels by practicing relaxation techniques such as:

If you’ve noticed a change in your mood accompanied with gut issues and would like a professional’s input, find a doctor in your area who specializes in gut health. While research is still emerging, many doctors are knowledgeable about the brain-gut connection and ways to improve it.

Be Mindful of Antibiotics, Tap Water, and Sugar

Antibiotics are life savers, literally. They kill bad bacteria in the body, protecting you from disease. Unfortunately, they also affect the body’s good bacteria. If your doctor prescribes an antibiotic, combat its side effects by taking a probiotic, eating a clean diet, and drinking lots of water during and after usage.

Tap water can contain a host of contaminants, including chlorine, a bacteria-killing chemical. Invest in a water filter to avoid the potential consumption of harmful impurities.

High consumption of sugar can also lead to an imbalance of gut bacteria, affecting your gut and immune system. Try to limit your intake of refined sugar and instead stick with natural sources of sugar found in:

While there are many habits that can negatively impact your emotions and moods, there are many ways to positively impact your emotional and mental states as well. Take these healthy eating habits and steps that are well within your control, to increase your overall happiness levels.
*Editor’s Note: The information in this article is intended for your educational use only; does not necessarily reflect the opinions of the Chopra Center's Mind-Body Medical Group; and is not a substitute for professional medical advice, diagnosis, or treatment. Always seek the advice of your physician or other qualified health providers with any questions you may have regarding a medical condition and before undertaking any diet, supplement, fitness, or other health program.

The tantalizing links between gut microbes and the brain. (n.d.). Retrieved from https://www.nature.com/news/the-tantalizing-links-between-gut-microbes-and-the-brain-1.18557

Practices for Renewal this Spring 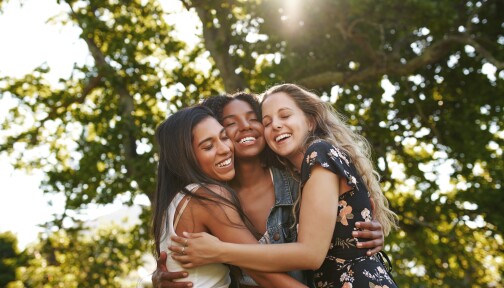 How Does Kindness Affect Your Mental Health?