Corporate Meditation: How and Why Big Businesses Are Promoting Meditation

Big businesses are smart. They’ve read the studies. They understand that time spent meditating means balanced workers who get things done. And they get that putting the mental health of their workers first increases both creativity and focus.

The Benefits of Mindfulness in the Workplace

There are loads of benefits of mindfulness backed by scientific research. You can read about the neuroscience of meditation in this recent post by neuroscientist Sarah McKay.

But what are the specific benefits that companies report? Corporate meditation coach Golbie Kamarei, whose career involves both teaching mindfulness at work and studying the effects, led a survey to gather data at her corporate firm, in an attempt to prove the concept of meditation in the workplace.

Here is some of the research she reported on related to the impact of mindfulness in the workplace, as told to Berkeley Greater Good:

It seems like all the innovative CEOs are joining the mindful movement. Whether these companies introduced corporate meditation as a productivity hack or as a genuine way to enhance lives, here’s whose meditating and what these meditating corporations have to say.

Steve Jobs took a practice that worked for him and shared it with Apple’s corporate culture. He was considered a pioneer of “mind technology” when he introduced Zen mindfulness meditation to the corporate structure at Apple. Workers have access to a meditation room, 30-minute daily meditation breaks, and on-site yoga and meditation classes, which were all part of a process that Steve used to reduce his own stress, gain more clarity, and enhance his creativity.

Google was lucky enough to have one of their original software developers spearhead a program at Google that began in 2007 called, “Search Inside Yourself.” Google offers an on-site meditation space and meditation courses, believing that meditation can help improve not only employee mental health and well-being, but the company’s bottom line as well.

Yahoo offers meditation rooms and free meditation classes for employees to benefit from and reduce stress while at work. It seems that tech companies like Yahoo are the early adopters of the mindful meditation at work culture with magazines like Fast Company touting meditation as a “must-do” to get hired.

When other companies were installing gyms, P&G CEO A.G. Lafley was starting a meditation instruction program and installing meditation spaces in P&G’s corporate buildings. He’s quoted as saying, “You cannot out-work a problem, you have to out-meditation it.”

Nike employs a mindfulness and meditation coach who recently led a workshop for a team of Nike employees. This team consisted of about 13 innovators who perform and execute significant duties for Nike—most of them are focused on leading the global brand in new directions. Mindful leadership events like this have become a benefit of working for the large sports brand.

HBO has a new hit show Enlightened and it looks like some of that enlightenment has rubbed off on their headquarters. The company boasts a gym, yoga classes, and weekly meditations. They may produce television, but they don’t encourage a culture of couch potatoes.

The approach these big companies are taking isn’t hard to implement. Whether you own a small business or work for a corporate giant, it’s the ideal time to introduce this age-old practice as part of the new way of balancing work and life.

Do you work for a company that promotes meditation? We’d love to know where you work and how they bring mindfulness to your workplace. Leave a comment with your company name below. 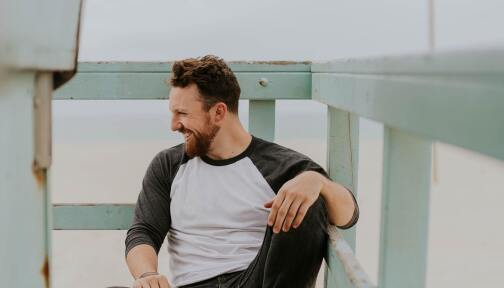