A Woman’s Journey to Wholeness

Understanding what women want, a question that Freud once asked in abject frustration, is a path to an authentic relationship with yourself and others. One of my most popular books, A Woman’s Book of Life, addresses this very question. It discusses how women grow and change in seven-year cycles throughout their lifespan—and what to expect when they are changing.

Knowing and understanding these changes relieves a lot of stress. It can help to set you free to become the authentic person you are through all the changes that life brings. It can also help you to better understand your wives, daughters, mothers, and friends.

Lal Ded or Lalla, a 14th century Hindu mystic who abandoned an abusive husband and mother-in-law to find her freedom wrote, “The soul, like the moon, is new, and always new again.” The core of the feminine lifecycle, as Lal Ded wrote, is renewal. A woman’s body changes every seven days with the phases of the moon. So do her emotions. While considerable emphasis has been placed on the negative aspects of PMS and menopause, the so-called dysphoric (or negative) emotions, when rightly viewed, have to do with a woman’s inherent relational wisdom and the periodic need to put herself right with the world.

The purpose of A Woman’s Book of Life is to present a new bio-psychological framework for women’s lives that reframes negative biases and reclaims the innate relational wisdom of interconnectedness that describes feminine biology, psychology, and spirituality.

The first writings on the feminine lifecycle appeared in the Yellow Emperor’s Classic of Internal Medicine, dating back to 2700 B.C. The cycle was described as proceeding in seven-year increments, in accord with specific biological correlates such as the eruption of the second teeth at seven, the menarche at 14, and menopause at 42. Unfortunately, the lifecycle was described in downhill terms from that point on. While men were believed to continue to grow in wisdom until death, women’s useful years ended with childbearing.

Modern research indicates that not only do we continue to grow in wisdom as we age, but that the body continues to mature in a positive fashion after menopause.

We Are Living Longer

There are 470 million postmenopausal women in the world today and nearly 50 percent of women in the U.S. fall into this category. The skew in population toward elders is a new sociological phenomenon, which can spark social change due to this large pool of women who have come of age in an era of opportunity for personal, professional, and spiritual growth.

We need to update the old archetypes of maiden, mother, and crone—the tripartite view of the feminine lifecycle, which had its roots in the older “goddess” cultures—to match current trends.

Women used to be crones in their 40s, physically and emotionally spent by a life of constant childbearing. With the elongation in lifespan, and choice about family size, a fourth aspect of the lifecycle has become identifiable: midlife. Because of bio-psychological changes that make a woman both more fierce and compassionate in these years, oriented to protecting life, I call the midlife stage in the woman’s lifecycle “the guardian.”

The four quadrants of the lifecycle are:

Maiden: The childhood and adolescent years involve development of the right brain in girls, in a manner distinct from boys, that predisposes them to relationality and interdependent thinking. Menarche is a milestone in the development of wisdom that allows women to experience a cyclic increase in right brain dominance and intuition monthly. PMS is a positive expression of this bio-psychological wisdom. During adolescence the defining tension of a woman’s life surfaces: “How can I get my own needs met without being selfish toward others?”

Mother: Young adulthood is the most stressful time for women as they begin to make their way in the world. A little wisdom goes a long way in avoiding stress, developing the capacity to have healthy relationships, and to mother either children or careers.

The wild and wonderful biology of attraction, sexuality, and reproduction are most potent in these years and need to be understood. Why are we attracted to a guy who our higher cortex recognizes as a low-down dirty dog? Perhaps because the smell of his sweat travels up the olfactory nerves and tells the limbic system that he’s a good immunological fit—we’ll have hardy offspring together. If love is blind, it’s because the nose is working overtime. Fortunately, Mother Nature has some neurobiological tricks, which ensure that (unless there was psychological damage early in life) we will also fall in love with our newborns.

Working mothers might have a harder time. Research from Yale indicates that most women (contrary to their mothering desires) put work first, kids second, spouse (if there is one) third. Female friends, who are the best buffer we have against stress, come limping in at a tired and distant fourth.

The 35-42 cycle ushers in a period of healing in preparation for the hormonal changes that are already beginning to turn us into wise women. Three types of healing take place during this time. They are healing from …

Guardian: Spinning straw into gold is the process of turning old wounds into wisdom. The 40s transition is an opportunity more than a crisis. What do women do? For one thing they defect from academia and corporations in droves, looking for more “meaningful work.” This is just when I left Harvard and struck out on my own, echoing the cry of many women that, “It felt like a life-or-death decision.” There is an incontestable urge to seek higher values and to be of service. Some changes that occur include:

Crone: The elder wisdom years beyond, are hardly a time for fading into the woodwork. These are the years when a woman who has done her healing comes into an authentic sense of self.

A woman’s journey to wholeness honors each of these stages. It is a path of renewal and growth that continually shapes her most authentic self.

Find balance anywhere, anytime with the new Chopra App. Download it now for hundreds of personalized guided meditations at your fingertips. 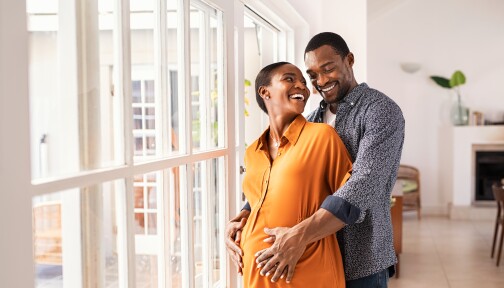 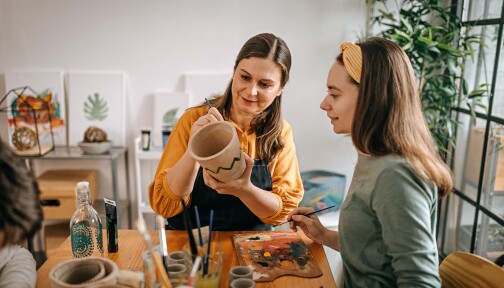 How Embracing Your Inner Child Makes You a More Resilient Adult

How to Use Compassion to Cultivate Resilience