Chances are, you’ve taken antibiotics at some point in your life. They are some of the most commonly prescribed medications—in fact, antibiotics are often overprescribed for conditions such as sore throats or bronchitis, which are usually viral and cannot be treated with antibiotics.

Concerns over the use of antibiotics include the following:

Some of the more common side effects include allergies and gastrointestinal distress. In rare cases, reactions to antibiotics can lead to kidney toxicity and death.

Studies have shown that antibiotics affect the healthy bacteria in your gut, which can greatly impact your overall health.

Bacteria are smart. The more antibiotics are prescribed on a global scale, the more bacteria figure out how to resist them. Multi-drug resistant bacteria—such as methicillin-resistant Staphylococcus aureus (MRSA)—are becoming increasingly more common. According to the Centers for Disease Control and Prevention, each year, 2 million people in the United States become infected with drug-resistant bacteria and at least 23,000 people die because of these infections.

The following herbs and food have shown efficacy for treating infections. They are available over-the-counter as capsules, teas, or tinctures—but do not use them without consulting with your doctor first. Herbs are very potent and can also cause side effects and potentially harmful interactions with other supplements or medications that you may be taking.

Echinacea was very popular in the United States during the 18th and 19th centuries, but its use began to decline after pharmaceutical antibiotics were developed. Studies have since show that it can be very effective for treating many strains of bacteria. Note: Echinacea can slow your body’s metabolism of coffee and certain medications.

Berberine, an alkaloid found in goldenseal, has demonstrated activity against Gram-positive bacteria, including MRSA. There are additional compounds in goldenseal that may enhance the antibiotic effects of berberine, so it may be prudent to supplement with goldenseal rather than its berberine extract. Note: Berberine may cause brain damage in infants and children. Do not consume if you are pregnant or nursing.

The active component of garlic, called allicin, successfully targets many strains of bacteria. Garlic cloves can have beneficial effects but are not as potent as its supplement form. Note: Garlic as a supplement may prolong bleeding and can have major interactions with certain medications. It may be unsafe for children.

The neem tree grows in India and its oil has been used in Ayurvedic medicine for more than 2,000 years. Neem oil is commonly used to combat bacterial infections of the skin, such as dermatitis and acne. Note: Neem is likely safe if taken by mouth for under 10 weeks. Consuming it in large doses or for long periods of time may harm your kidneys and liver.

Native to South America, the pau d’arco evergreen tree has been used for medicinal purposes for hundreds of years. In addition to its antibacterial properties, Pau d’arco has also shown promise as a cancer therapy. However, studies have found that the doses required to reduce the number of cancer cells would be toxic to humans. Note: Pau d’arco can delay blood clotting and may not be safe for those with bleeding disorders or those going in for surgery.

Bees in New Zealand make manuka honey by pollinating the manuka bush. This honey shows stronger antibiotic properties than other types of honey, and may even be effective in treating MRSA. Note: Manuka honey may be unsafe for infants.

Ginger root can be added to dishes or, for a more potent dose, taken as a supplement to receive an antibiotic boost. Note: Ginger may slow blood clotting, so individuals with a bleeding disorder or upcoming surgery should use caution.

In addition to herbal remedies, it’s important to fight infections through lifestyle choices. Get quality sleep, limit sugar (which can suppress your immune system for several hours after consuming), exercise regularly, and reduce stress.

7 Ways to Help Regulate Your Nervous System When Stressed 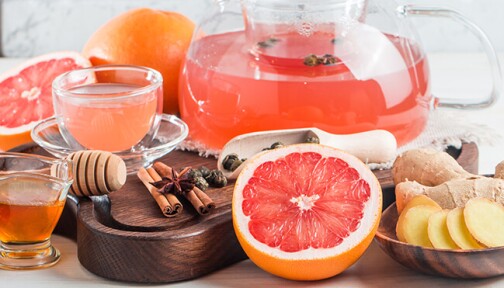 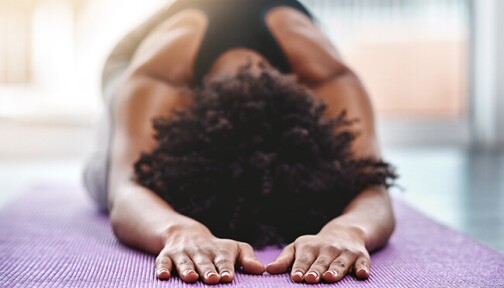